Move Over, Tesla. Ford Is the New Top Dog — and Stock — of EV Pickups When most of us think of the electric vehicle (EV) market, a few names jump to mind.

And while we all know EVs are the future of automobiles, they are still only a tiny portion — less than 1% —  of cars on the road today.

As innovative as a lot of these companies are, it’s a growing if still niche industry.

To this point, the big boys in Detroit, Tokyo, Seoul and Munich have largely ignored the trend in favor of bigger, gas-guzzling pickups and SUVs…

But Future of Wealth Head Trader Lance Ippolito is about to explain how that’s starting to change in a big way as major automakers are skipping hybrids altogether in favor of fully electric product lines.

But it’s making a bold move by unveiling its full-sized EV pickup, the F-150 Lightning.

While the Lightning isn’t the first EV to take aim at the American pickup market, it could have the biggest impact.

So when the largest American automaker announces it’s going to offer a full-EV option of the most popular vehicle in the country, markets take notice.

And it never hurts to get a plug from the president… 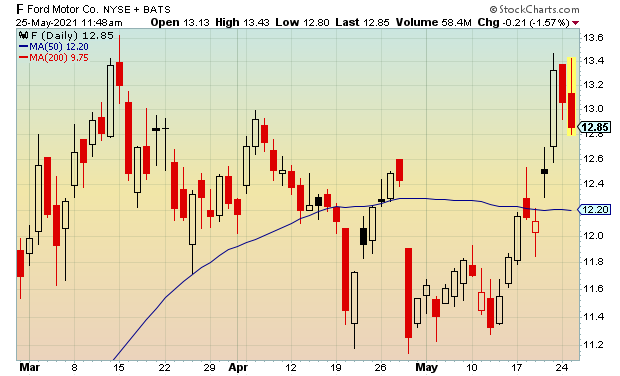 But while this is great news for Detroit’s blue brand, it comes at a cost to other EV stocks for 2021.

Check out Lance’s video below and let’s talk about the winning and losing EV stocks in 2021. Leave a comment and let him know if he should cancel his Cybertruck reservation, or if you think the Lightning is all hype.

P.S. It shouldn’t be a surprise that CEOs and billionaires behind the curtain are making secret moves…

New research has exposed a shocking truth about corporate America, and certain “legal” tactics they’ve been using to force the rise of their own stocks.

But after months of investigation, this former Wall Street insider is finally ready to reveal the details he discovered…

And it could benefit retail investors the most!